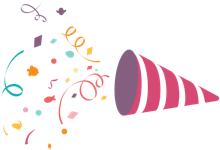 What is it:​
Rogue's Den is a minigame where you try to reach the centre of a maze, navigating traps. in a race format, the goal is to make it to the centre first. There are a number of routes in Rogue's Den, including two 80 Thieving shortcuts (one isn't really a shortcut though), past this shortcut, there are two other routes of similar length. We will be placing star ranks at these locations in order to limit your route to only 1 of the 2 longer options.


How does it work:​
You can't bring anything into Rogue's Den, so it's naturally balanced for a race. It appears that the only buff you can reasonably expect to have is higher agility for energy saving. You can preserve the effects of stamina when entering Rogue's Den, and for this event you will be allowed to do this.


In order to win, you have to follow the correct route, and be the first to make it to the middle and trade the star at the Safes.
Note: We will do these routes in separate races, i.e. there will be a Route 1 race, and a Route 2 race.​