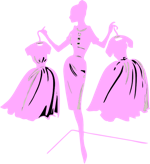 A/C Block (Waves 5-9)
The collector's role is very important. The collector must stand on certain tiles at specific points in time. As mentioned earlier, monsters spawn every 6 seconds. Therefore, the first Fighter and Ranger spawn at 6 seconds; the second Fighter and Ranger spawn at 12 seconds, and so on. As a collector, you must either use a timer or pay attention to when the monsters spawn to keep track of time.

The most important thing is that at NO point in time do you ever step on the ranger spawn (R) while there are monsters alive. 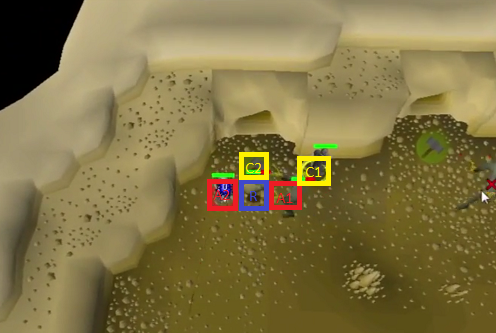 Here are the steps which you must do: 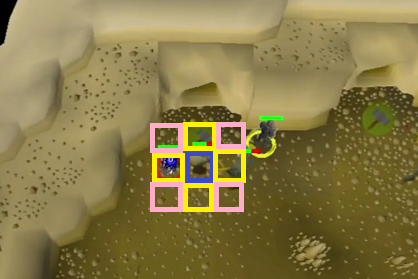 A/C Block (Wave 10)
Due to the unique characteristics of the wave 10 map, fighters and rangers are much more likely to aggro onto the defender or healer and end up in the middle of the map. 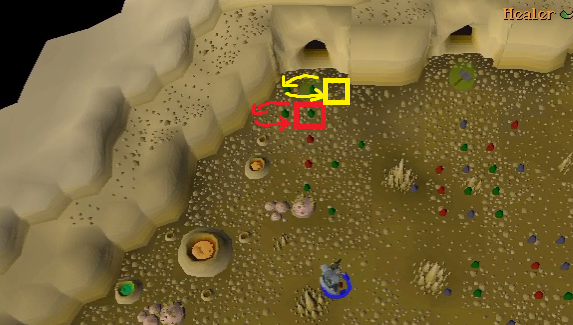 Monsters will start to be aggroed east to the center of the map at 24-36 seconds, so you must stand still on the indicated tiles during that time. Monsters that try to go east will instead be stuck behind the attacker/collector, keeping them in the northwest corner.